Skip to content
We are happy to share with you the crop reports for the 2016 BC Seed Trials!
—
The BC Seed Trials project is a collaboration between the Bauta Family Initiative on Canadian Seed Security, the Centre for Sustainable Food Systems at UBC Farm, and FarmFolk CityFolk. Through conducting vegetable variety trials on farms throughout the province we hope, with input from local farmers, to identify varieties which perform best in each region as well as those varieties which can be scaled up for bulk seed production.
—
The crops for 2016 were:

Seed included both commercial and BC-grown seed. In 2016 we conducted the trials at 12 farms in the Lower Mainland, Vancouver Island, and in Prince George as well at UBC Farm and Totem Field at UBC.

—
You can read all the reports here (and see weather data) or follow the links below.
—
Read 2016 blogs about the trials here and sign up for our BC Seed Grower newsletter here.
—
— 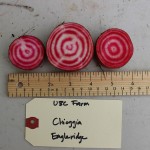 Beets are a popular crop at BC farmers markets and golden beets are becoming more and more common. The southern coast of BC  has a great climate for beet seed production. 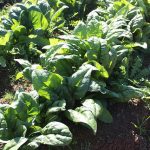 Spinach is another popular spring and fall crop at BC farmers’ markets. It is also a great seed crop for the region with much commercial spinach seed production happening just south of us in Washington State. 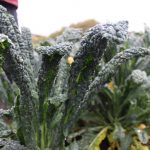 Kale is a staple crop for most small farms in BC and is popular for its year-round production. The Lacinato style kales are very popular and we will be assessing them for many traits including overwintering.